ELECTROCHEMOTHERAPY- THE NEW OPTION IN TREATING DIFFICULT OR RESISTANT TUMORS

ELECTROCHEMOTHERAPY- THE NEW OPTION IN TREATING DIFFICULT OR RESISTANT TUMORS

The oncology multidisciplinary (MDT) team of American Medical Center – consisting of Interventional Radiology, Medical Oncology and Oncological Surgery – performed with success the first case of Electrochemotherapy (ECT) in Cyprus on a young patient with metastatic malignant thymoma to the pleura who was diagnosed 4 years ago and received multiple lines of treatment. 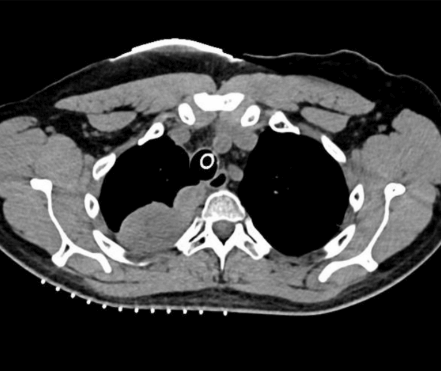 FIG1- the tumour is located in the right posterior pleural space.

This is also a first case at least in Europe for this type of treatment on metastatic pleural disease. The treatment consisted of six electrodes placed through the skin into the metastatic soft tissue under CT 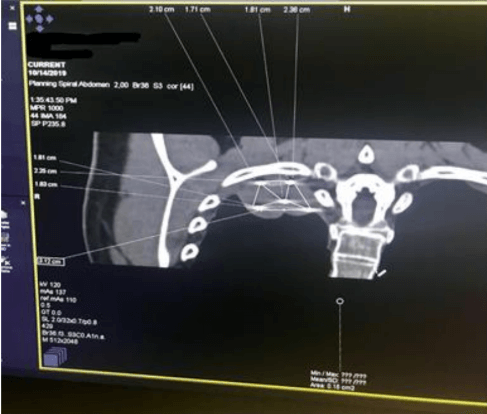 guidance to cover the whole tumour following an individualized treatment plan in synchronisation with the Electrochemotherapy equipment. 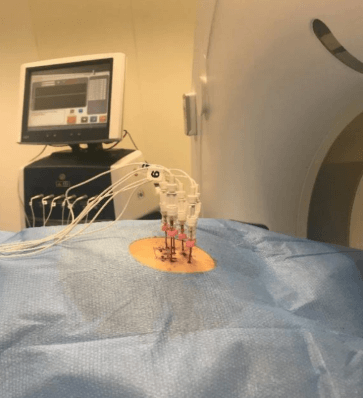 FIG2 and 3 – the ECT electrodes placed within the tumour a few cm apart.

The electrodes deliver strong electrical fields thus creating damage to the cell membrane resulting in what is called electroporation and at the same time a chemotherapeutic drug, called Bleomycin is administered. The drug is thus delivered in the susceptible tumour cells more effectively through their damaged membrane.

The whole procedure and the treatment was uneventful and the patient did not experience any problems during or after the Electrochemotherapy treatment. 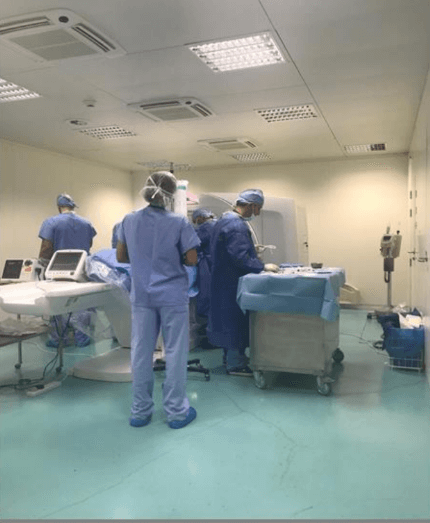 FIG 4-the teams preparing the positioning of the needles and synchronising the equipment.

Follow-up CT even at a very early stage one-week post treatment demonstrated reduction both in the size of the tumour mass as well as in the enhancement pattern post intravenous contrast administration, and now still only two months after treatment there has been marked improvement with only a very small residual tissue remaining which is expected to completely disappear by the time of the next follow-up CT.

Any cookies that may not be particularly necessary for the website to function and is used specifically to collect user personal data via analytics, ads, other embedded contents are termed as non-necessary cookies. It is mandatory to procure user consent prior to running these cookies on your website.