Roseola is a common, usually mild, viral infection that affects babies and toddlers.

It often causes a distinctive skin rash, which can look alarming but is harmless.

Most children will have been infected with roseola by the time they enter nursery school. They will usually fight off the virus and recover fully within a week.

Other medical terms for roseola are "roseola infantum" and "exanthem subitum".

What are the symptoms?

Many children get roseola so mildly that they don't really become ill, or the symptoms are too mild to be noticeable.

Otherwise, it generally takes a week or two for symptoms to show after becoming infected.

Roseola symptoms are general, and are typical of many other viral infections.

A child with roseola may have:

Body temperature then returns to normal after three to four days, at which point a distinctive pink rash often appears.

The rash develops after the fever has died down. It is made up of pink spots or patches, which may be surrounded by a white halo.

The rash tends to start on the chest, tummy and back, and often spreads to the face, neck and arms. Sometimes it can spread as far as the face and legs. It shouldn't be itchy or uncomfortable, and fades and disappears within two days.

It is easy to confuse the rash with that of another condition, such as measles and rubella. Read about other common causes of skin rashes in babies and how to tell them apart.

Only in a few cases might a child develop complications such as fever-related seizures, but this is unusual.

Roseola is caused by a human herpes virus. There are eight types of herpes viruses that can infect humans.

Roseola is spread in the same way as the common cold – a child can catch it by coming into contact with the mucus or saliva of an infected child.

For example, when an infected child sneezes or coughs, tiny droplets of fluid containing the herpes virus are launched into the air and can be breathed in by others.

Also, if an infected child sneezes on a door handle and another child touches the handle a few minutes later and then touches their mouth or nose, they may also catch it. Sharing cups is another common way for the virus to spread.

As soon as a child with roseola develops a fever, they can pass the virus to another child. They don't need to develop a rash to be contagious.

But roseola never really causes an outbreak in the way chickenpox does, as it doesn't spread that rapidly. It can be caught at any time of the year.

Roseola is most common in infants aged 6 to 18 months. It is only occasionally seen in adults.

Older infants are at greatest risk as they haven't had time to develop antibodies against many viruses.

Young babies tend to be protected as they still have the antibodies passed on from their mother in the womb.

For more information on this, read How long do babies carry their mother's immunity?

How is roseola treated?

A child with roseola will usually just need bed rest and fluids while the illness runs its course.

Keep your child hydrated by giving them plenty of cool water to drink. Even if your child isn't thirsty, try to get them to drink little and often to keep their fluid levels up.

To help reduce your child's temperature, you can also:

Paracetamol or ibuprofen aren't always necessary – for example, if your child isn't distressed by the fever or underlying illness.

Always read the patient information leaflet that comes with the medication to find the correct dose and frequency for your child's age.

Don't give aspirin to children under 16 unless it's specifically prescribed by a doctor. It has been linked with a rare but dangerous illness.

Antibiotics are no good for treating roseola, as it is a viral (not a bacterial) infection.

Should I see a GP?

Most children with roseola recover within a week of the fever starting, so there's usually no need to see a GP.

But see your GP if your child has:

See a GP yourself if you have a weakened immune system – for example, because you're having chemotherapy – and you've had contact with a child with roseola. You'll be more vulnerable to the infection and may need monitoring.

Should I keep my child away from nursery?

Keep your child off school or nursery while they are unwell. They can go back when they're well, and there's no need to wait until the last spot disappears.

Most rashes in babies are harmless and clear on their own. Find out about the common causes 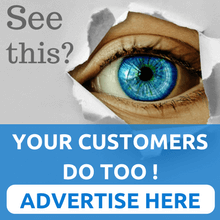