Kwashiorkor is a form of malnutrition that most often affects children in developing regions of the world where there is famine or a limited food supply.

The main sign of kwashiorkor is having too much fluid in body tissues, causing swelling under the skin (oedema). It usually begins in the legs, but can involve the whole body, including the face. The following symptoms can also be present:

If the condition is left untreated for too long, it can be fatal.

Why does it happen?

Kwashiorkor is most commonly seen in developing regions of the world with an unstable food supply, particularly in countries where the diet consists mainly of corn, rice and beans which lack essential nutrients such as proteins, vitamins and minerals. However, the exact cause remains unknown.

The condition is unusual in developed countries such as the UK, although it can occasionally occur as a result of problems such as severe neglect, long-term (chronic) illness, a lack of knowledge about nutrition or a very restricted diet.

Kwashiorkor can affect people of all ages, but is more common in children than adults.

How it is diagnosed

Kwashiorkor can be diagnosed based on physical appearance and knowledge about the person's diet and care.

There are other conditions that may cause oedema and the other signs of kwashiorkor. Blood and urine tests may be done to exclude these and to see how kwashiorkor is affecting the body, including measuring blood sugar and protein levels, checking how well the liver and kidneys are working, checking for anaemia and measuring the levels of vitamins and minerals in the body.

How it is treated

If it is identified early, kwashiorkor can sometimes be treated with either specially formulated milk-based feeds or ready-to-use therapeutic food (RUTF), which is typically made up of peanut butter, milk powder, sugar, vegetable oil and added vitamins and minerals.

In severe cases, or where there are already complications such as infections, more intensive treatment provided as an inpatient in a hospital or clinic will be needed.

This whole process generally takes between two and six weeks to complete. Play and stimulation are an important part of recovery from kwashiorkor, as well as ensuring nutrition and care provided at home are adequate.

How well a person with kwashiorkor does after treatment depends on the severity of the condition when treatment began.

If treatment was started early, the person usually recovers well, although children may never reach their full growth potential.

If treatment was started in the later stages of malnutrition, the person may be left with physical and intellectual disabilities.

If kwashiorkor is not treated or treatment is delayed, it can result in death.

Marasmus is another type of malnutrition often found in developing regions of the world affected by an unstable food supply.

The condition is generally associated with a lack of protein, calories and other nutrients in the diet and, unlike kwashiorkor, it tends to lead to significant loss of fat and muscle without any associated swelling (oedema).

It's not clear exactly why some severely malnourished children develop marasmus and others develop kwashiorkor, although it is not thought to be solely due to diet because both conditions can occur in children with very similar diets.

Marasmus is generally treated in the same way as kwashiorkor. 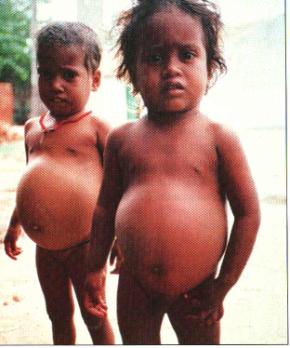 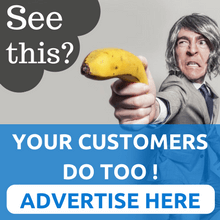