Warning: Invalid argument supplied for foreach() in /home/customer/www/knowyourdoctor.com.cy/public_html/templates/jreviews_overrides/views/themes/kyd_ost/listings/detail_header.thtml on line 47 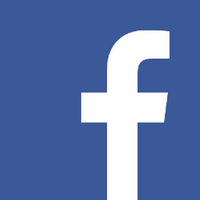 Foot forward is the leading podiatric clinic in Cyprus and was established in 1969. Since then, the clinic has been serving patients with dedication and full respect towards their needs, using the podiatrists’ skills and latest technology available, for quick and best service possible.


Foot-Forward Podiatric services are expanding and trying to help and serve as many people as possible within always the podiatric scope of practice. They have developed a footwear centre and they can accommodate people with deformities, various diseases that affect the feet, most traumatic cases and generally difficulties finding appropriate footwear in the market.

"Podiatry is a profession of Health Sciences that deals with the examination, diagnosis, and treatment of conditions and functions of the human foot and the biomechanical evaluation of walking of the lower limb."

After graduating from the London Foot Hospital, Lenia Papadopoullou-Maliotou returned to Cyprus and set up a podiatry practice in Nicosia in 1969. At that time people were unaware of the existence of this profession and this made the beginning of Lenia’s career very difficult. She had put much effort in informing the medical profession in length of the scope of podiatry.


Gradually people valued the benefits they could have and the practice attained a momentum. By 1980 she had already moved to new premises built and decorated for the current needs of the practice. In 1994 Lenia was joined by her daughter Diamanto Maliotou, a podiatrist who graduated from University of Brighton and the practice started evolving in different directions.

In 2004 Foot-forward moved in their current premises in Acropolis area; new building, new laboratories and bigger space. In 2007, Despina Theodorou, a podiatrist who graduated from University of Southampton, joined the team. In 2010, Demos Voskarides, another podiatrist who graduated from the University of Wales Institute, also joined Foot-Forward, so currently foot-forward employs 4 podiatrists and three additional staff members for the laboratory and the reception.

Founder of Foot Forward, Lenia Papadopoullou-Maliotou, graduted from London Foot Hospital. At the very young age of 21 she started setting up her first clinic in central Nicosia, Makarios III Avenue.

She offered her services to the British Military Bases and she have treated patients in old people’s homes and other institutions for years. She made contacts with the various patients’ associations at the time. By 1980, she moved to a different building in Chitron street, in central Nicosia. The place was much bigger and it also had space for a potential second podiatrist. In 1994 her daughter Diamanto came from her studies as a podiatrist from University of Brighton and joined her. The work evolved in many directions since she came back.

In 1994, after graduated, Diamanto Maliotou came back to Cyprus to become a podiatrist. She had the vision that she will change the 'foot world' in Cyprus. In 1999 the service of Foot Forward grew strong from the technology point of view. Firstly, with pressure distribution systems and then with implementing the technology of manufacturing with Cad CAM machines.

In the meantime in 2003 a new project had begun (project details here: www.podiatry.org.cy) She has been leading this organization as a president from the beginning until today. In 2004 she moved to new premises that allowed them to provide much better service to their patients, with a wide selection of footwear, new laboratories and new machinery.

After graduating from high school Despina Theodorou decided to study at the University of Southampton at the School of Health Professions and Rehabilitation Sciences to become a Podiatrist. After the completion of the course she returned to Cyprus to work as a podiatrist and she joined the Foot Forward team in November 2007.

The experience gained by working with the Foot Forward team has been more than what was anticipated. She therefore have the option of exploring other fields of Podiatry and increasing my knowledge in various fields.

Demos Voskarides graduated from the G.C. School of Careers in 2005. While he was in high school I was involved in many extracurricular activities, such as, first aid, lifeguarding, music and futsal clubs.

After graduating from high school he decided to become a Podiatrist. So he went to study at the University of Wales Institute, Cardiff. After he returned back to Cyprus, he joined Foot-Forward, the biggest podiatric centre in Cyprus, which gave him the ability to improve his professional skills and meet his visions as a podiatrist. These include promotion of health, patient education and podiatric foot care on diabetes as well as a good multidisciplinary approach.

Diabetic Foot Screening Test for the prevention of complications

The multi-purpose sanitizer. One 8-minute cycle inside a Klenz has an incredibly strong antifungal, antibacterial & deodorising effect - heavily reducing the risk of infection, prolonging the life of the shoe and completely neutralising odour.

THE EQUIPMENT of Foot Forward

Foot Forward is using the EMED Pedography and the PEDAR In-shoe System of NOVEL, Germany. These are very sensitive electronic measurement systems for recording and evaluating the pressure distribution under the foot. The actual measurement is based on calibrated capacitive sensors. These systems are able to record dynamic as well as static measurements.

The dynamic measurements are the most important ones since they determine the degree of loading during the actual roll-over processes while walking, quantify crucial parameters, such as length and width changes of the foot, the Varus or Valgus position, and the function of the toes, joints and ligaments. The specialized knowledge and experience of the Podiatrist enable him to carry out a proper biomechanical assessment of gait, and by using the different measurements, to design the optimum insoles for each foot separately.

Foot-Forward Laboratory is equipped with the latest technology of CAD CAM. These are machines that they cut custom made insoles. The podiatrists of the foot forward centre are trained not only to assess the gait and prescribe what is needed for each patients but they also design the insoles themselves using specialized software. This technology is available to us since 2001.

The data are taken from the clinical assessment, the pressure distribution measurements and when it is needed three dimensional measurements which are scanned and combined in the software with the rest of the data. Foot-Forward also do the traditional methods of casting when think it is necessary and they have available materials and machinery.


The PRODUCTS of Foot Forward 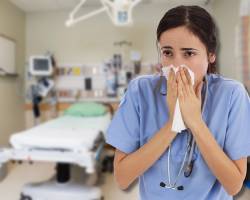